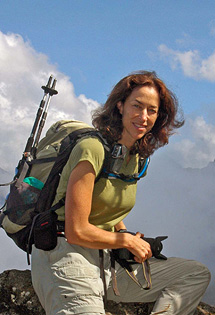 As she puts it on her website, "If it's outdoors, Lisa likely filmed it, photographed it or written about it."

A published writer since 1991, Lisa writes extensively about her outdoor experiences, including articles published in regional and national magazines about gear, plants, wildlife, people, and conservation and ten books to date.

Among Lisa's extensive library of photographs are award-winning images of broad vistas, historic landmarks, intriguing people, vibrant flora, fascinating fauna, and eye-catching abstracts. She has been recognized repeatedly as one of the top outdoor photographers in the United States.

Three times Lisa has won an Emmy for films that she field produced or hosted. Her television programs have appeared on many networks.

Lisa has been a member-owner since February 2018. 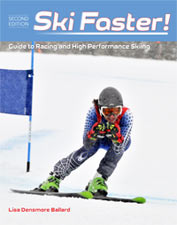 Lisa's book, Ski Faster! Guide to Racing and High Performance Skiing, is available at the store. Give us a call and we will set aside a copy for you or send it out to you.

Hiking the Adirondacks: A Guide to the Area's Greatest Hiking Adventures (Paperback)

Hiking the Green Mountains: A Guide to 35 of the Region's Best Hiking Adventures (Regional Hiking) (Paperback)