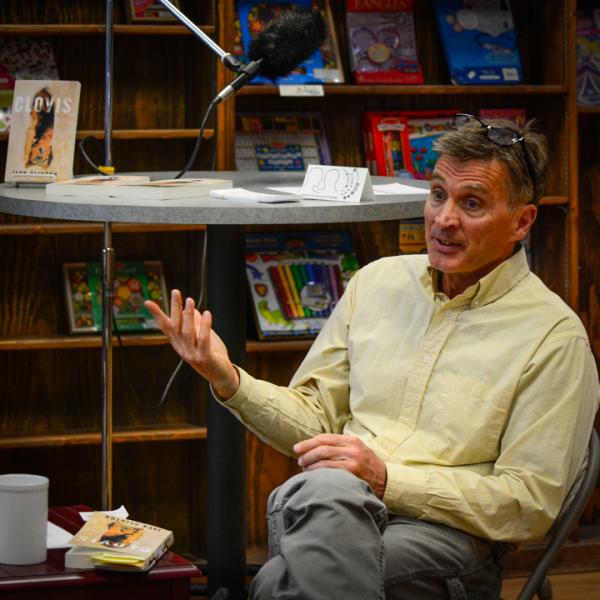 Jack Clinton lives in Red Lodge, Montana where he teaches Spanish at the local school. Jack came of age in the company of ski bums, climbing bums, mountain guides, river guides, itinerate hippies, rednecks, and crazy people. He spent most of his adult life living in Wyoming, working as kitchen help, laborer, carpenter, and mountain guide. He earned his undergraduate and graduate degrees in Spanish at the University of Wyoming, in Laramie. During these University years, Jack started writing freelance, covering environmental news. He was a regular contributor to diverse periodicals such as High Country News, Western Horseman, E-magazine, Rock and Ice, and Climbing.

During his years at the University, he also won the Neltje Blanchan award for fiction. The itch to write was always there. After a long hiatus from writing to engage in raising his daughter, Emma, he has returned to writing and produced a new novel. Clovis, an environmental novel, is a fictional composite of many of the stories and people who filled those Wyoming decades.

Photo: Jack Clinton reading from Clovis at This House of Books.