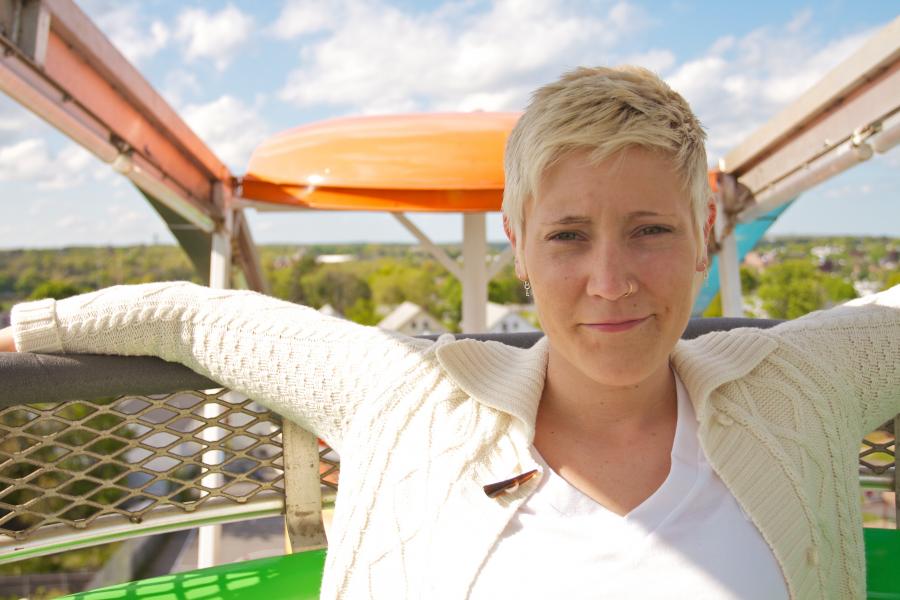 emily m. danforth is best known for her debut coming-of-age novel, The Miseducation of Cameron Post, which won the Montana Book Award, two High Plains Book Awards, and was a finalist for a Lambda Literary award. Since its publication in 2012,  The Miseducation of Cameron Post has been named to numerous "best of" lists, including, mostly recently, Vulture's Best Queer YA Novels.

In 2018, the novel's independent film adaptation, directed by Desiree Akhavan, won the Grand Jury Prize at the Sundance Film Festival. The film portrays a much more condensed version of Cameron Post's story than emily's novel does, primarily focusing on book's final third: Cameron's time at a conversion-therapy school for teens. Though it was given an extremely limited release during the summer and fall of 2018 (appearing in only 85 theaters across the US), the film is credited (along with the more high profile film Boy Erased) as having helped to spark interest and activism around banning gay conversion therapy nationwide.

While Cameron Post draws on some of emily's experiences and emotions growing up queer in Miles City, Montana, it is a work of fiction, not memoir. It's true that the 1980s/1990s landscape and small-town culture influenced her writing, but the specifics of emily's adolescence vary dramatically from those of the fictional character Cameron Post. (emily currently lives and teaches in Rhode Island but remains closely tied to her home state.)

emily danforth's second novel, Plain Bad Heroines, is a dual-timeline about a seemingly cursed, gilded-age boarding school for girls in Rhode Island and the contemporary filmmakers attempting to tell its story. (The then-scandalous debut memoir of Montana's own Mary MacLane also factors heavily.) The novel sold to William Morrow (HarperCollins) in the fall of 2018 and is slated to be published in 2020.

Emily has been a member-owner at This House of Books since September 2018.