And It Will Be a Beautiful Life (Hardcover) 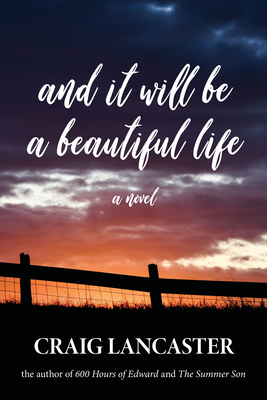 Max Wendt has a family . . . but it's sliding sideways, and he has been complicit in its faltering. His wife and his daughter have pulled away from him amid his frequent absences, leaving him to bridge the distance between what he remembers and the way things are now. Max Wendt has a job . . . but it carries him away from home most of the time, and its dynamics are quickly changing. There's a surprising new hire on his pipeline crew, strife among coworkers, and a boss whose proclivities put everything in peril. Max Wendt has a friend . . . but this odd man Max meets during his travels perplexes him, prods him, pushes him, and annoys him. He sees something in Max that Max can't see in himself, and he's holding tight to his own pain. Max Wendt has a problem . . . More than one, in fact, and those problems are flying at him with increasing velocity. Can someone who has spent his life going with the flow arrest his own destructive inertia, rebuild his relationships, and find a better way?

Craig Lancaster is the author of nine novels, including the bestselling Edward series (600Hours of Edward, Edward Adrift, and Edward Unspooled), as well as a collection of short stories.600 Hours of Edward, his debut, was a Montana Honor Book and the 2010 High Plains Book Award winner for best first book. His work has also been honored by the Utah Book Awards (The Summer Son) and with an Independent Publisher Book Awards gold medal (the short story collection The Art of Departure), among other citations. Lancaster lives in Billings, Montana, with his wife, author Elisa Lorello, a dog named Fretless, and a cat named Spatz.