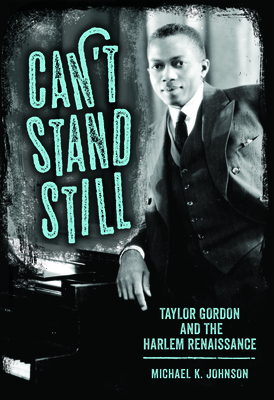 Born in 1893 into the only African American family in White Sulphur Springs, Montana, Emmanuel Taylor Gordon (1893-1971) became an internationally famous singer in the 1920s at the height of the Harlem Renaissance. With his musical partner, J. Rosamond Johnson, Gordon was a crucially important figure in popularizing African American spirituals as an art form, giving many listeners their first experience of black spirituals. Despite his fame, Taylor Gordon has been all but forgotten, until now. Michael K. Johnson illuminates Gordon's personal history and his cultural importance to the legacy of the Harlem Renaissance, arguing that during the height of his celebrity, Gordon was one of the most significant African American male vocalists of his era. Gordon's story--working in the White Sulphur Springs brothels as an errand boy, traveling the country in John Ringling's private railway car, performing on vaudeville stages from New York to Vancouver to Los Angeles, performing for royalty in England, becoming a celebrated author with a best-selling 1929 autobiography, and his long bout of mental illness--adds depth to the history of the Harlem Renaissance and makes him one of the most fascinating figures of the twentieth century. Through detailed documentation of Gordon's career--newspaper articles, reviews, letters, and other archival material--the author demonstrates the scope of Gordon's cultural impact. The result is a detailed account of Taylor's musical education, his career as a vaudeville performer, the remarkable performance history of Johnson and Gordon, his status as an in-demand celebrity singer and author, his time as a radio star, and, finally, his descent into madness. Can't Stand Still brings Taylor Gordon back to the center of the stage.

Michael K. Johnson is professor of English at University of Maine at Farmington. He is author of Black Masculinity and the Frontier Myth in American Literature and Hoo-Doo Cowboys and Bronze Buckaroos: Conceptions of the African American West, the latter published by University Press of Mississippi.